DAS RHINEGOLD
When swimming along in the Rhine
With maidens who rarely said “nein”,
A dwarf filled with passion
A gold ring would fashion,
And really annoy the Divine.

DIE WALKÜRE
It’s no wonder your heart fills with hate,
When your wife and her brother do date;
Still, Wotan didn’t oughta
Abandon his daughter
On a hillside at regulo eight.

SIEGFRIED
The eponymous hero, strong-willed,
Takes the ring from the dragon he killed.
He follows a bird
To a tune we’ve all heard,
And runs off with his Aunty, Brunnhild.

GÖTTERDÄMMERUNG
When asked the designer said “no,
I can’t make the Rhine overflow,
Nor make horses to fly
Across fire-stained sky
For a five-hour long tale of woe”.
Posted by Vincent Vargas at 10:40 PM 1 comment: 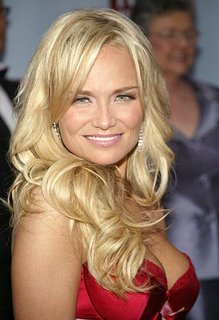 Now it can be said that I have played all three major houses at Lincoln Center. Tonight, I made my Metropolitan Opera debut in the chorus of Kristin Chenoweth's one-woman show at the Opera House. Ms. Chenoweth took the night off from her current Broadway hit The Apple Tree and sold out the MET, offering the audience a smattering of Broadway, operetta, and pop songs, which delighted everyone in the house, especially those of us sharing the stage with her.

If truth be told, Kristin was not technically on the stage of the MET: she played on the space atop the covered orchestra pit. She will step on the actual stage on March, 2010, when she will make her official Metropolitan Opera debut as Samira in John Corigliano's opera The Ghosts of Versailles. The chorus, The Juilliard Choral Union, under the direction of Judith Clurman, was placed on a narrow riser just behind the MET's gold curtain.

Backed up by an eleven-piece band, conducted by the dynamic Andrew Lippa, Ms. Chenoweth took the stage by storm offering an Act I which included songs by Irving Berlin ("You're Easy to Deal With"), Jules Styne ("If You Hadn't but You Did"), and Stephen Schwartz ("Popular"). The entire evening was directed by the talented Kathleen Marshall, last season's Tony Award winner for choreography for The Pajama Game.

I sang in the second part of the program, offering backup vocals on Kristin's rendition of Victor Herbert's "Italian Street Song," and Dennis DeYoung's "Show Me the Way," a song made popular by the heavy metal band Styx. The women of the chorus sang with Kristin in a delicious rendition of Gilbert and Sullivan's "Poor Wandering One" from The Pirates of Penzance.

What makes these kind of events exciting is the anticipation of going on stage, together with the sheer delight of being a part of an event. Hanging out backstage at the MET, and looking at the world from the other side of the footlights was also a one-of-a-kind experience, not to mention standing a few feet from Peter Gelb, and leaving the MET via the stage entrance, elbowing my way through the crowd of adoring fans waiting outside in the cold for Kristin's autograph.

It was truly a magical night.
Posted by Vincent Vargas at 11:41 PM 2 comments:

A December DON CARLO to remember 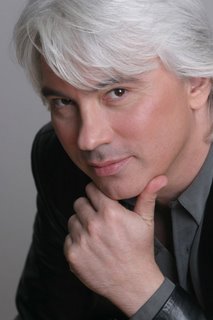 In the middle of a busy Christmas season, it was good to take a break from all the running around that the Yuletide usually brings and attend a performance of Verdi's Don Carlo, an opera which I have always classified as one of the composer's greatest achievements, and also one of my personal favorites. I attended the Saturday matinée broadcast of this work, and if you listened in, I think you will agree with me that it was a very solid performance of this work.

When everybody is in top form and the looming microphones of the broadcast that will carry the voices to millions of listeners worldwide have been turned on, all artists try to get to a higher level, and on December 23, they did. Johan Botha, the South African tenor, sang the title role. I have always liked him a lot since I heard his Walther von Stolzing at the MET a few years ago, the last time the house presented Die Meistersinger. Although he does not possess the most mellifluous voice, his instrument is quite secure. And although, there is a noticeable vibrato in his voice, and his acting is, at times, worthy of a silent film, his characterization of the Infante was quite memorable.

Everything that René Pape touches turns to gold these days. He is one of our great basses, and his Philip II was majestic and touching. He turned Philip's great aria "Ella giammai m'amo" into an internal monologue, complete with sotto voce phrasing. I must say that when I heard it at the house, I was a bit disappointed with this approach, but later on, I remembered that in all facets of art less is more, and pretty soon came to the conclusion that it was a valid interpretation of this monologue.

Patricia Racette and Olga Borodina were superb in the roles of Elisabeth and Eboli. I was very pleased with their characterizations and with their ability to handle the difficult Verdian melody line. Likewise, Samuel Ramey offered an imposing Grand Inquisitor. Not too many basses nowadays can muster such threatening power, and although the voice continues to descend into the throes of an ever-widening tremolo, his scene with Pape brought down the house.

Dmitri Hvorostovsky sang with such splendor that he clearly was the most memorable artist on that stage. His voice no longer feels small in the house as it once did, and his audible breathing is no longer an issue as it once was. The role of Posa, perhaps the most noble of all Verdi characters, fits him like a glove, and although I have heard this role sung with greater flexibility and wealth of voice (Robert Merrill was awesome in this role), Dmitri was amazing in his final aria. When he is on, he can be quite a memorable artist, and one of our current best.

Final kudos must go to James Levine who led such an intelligent reading of this massive score that he inspired everyone around. The ovations were simply thrilling and well-deserved.

This Don Carlo was one of the best performances in a year that is proving to be a very memorable one for the new Metropolitan Opera.
Posted by Vincent Vargas at 3:04 PM No comments: