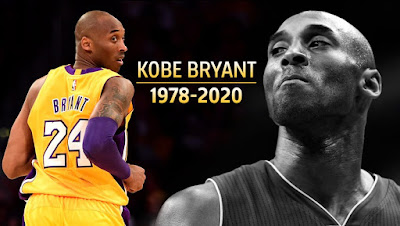 Posted by Vincent Vargas at 6:54 PM No comments: 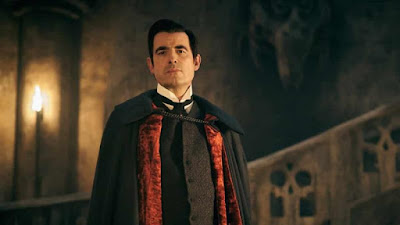 Bram Stoker's novel has been given the BBC Mark Gatiss / Steven Moffat treatment. Their adaptation of Dracula owes less to the author's original epistolary classic and more to their inimitable jigsaw puzzle writing style that the pair have nurtured in their on-going update of Sir Arthur Conan Doyle's Sherlock Holmes, also for the BBC.

The story is told in flashback by a dying Jonathan Harker (John Heffernan) who has escaped Dracula's castle, and has landed in a nunnery. He tells his story to a pair of nuns, one of whom seems to know quite a lot about the occult and who tends to treat Catholicism with more skepticism than her deep knowledge of vampires.

At first it all starts out fairly recognizable. Jonathan Harker awaits the count's carriage in the middle of a stunningly beautiful snowy forest. The faint glimpses of the coachman who picks him up, however, promises that things will not end well for this Victorian traveler. Castle Dracula certainly looks creepy enough, and is a clear homage to the scenic design of the Bela Lugosi 1931 Universal film. It all begins to slowly descend downhill with the first appearance of the count. The vampyre is played by Danish actor Claes Bang, and the first time we see him he is a wizened old man, but soon enough with a little bit of sustenance provided by Harker he turns into a young man faster than when Faust signed his contract with Mephistopheles -- but, that's another story.

The problem is that Claes Bang is all wrong for the part. His face is too fleshy, neither possessing the dread that Lugosi emoted, nor the skeletal fright of Max Schreck in Nosferatu. Gatiss and Moffat were going after a post-Christopher Lee look: a Louis Jourdan, Frank Langella type. Instead the writers throw out the possibility of peppering Mr. Bang's dark looks with a dash of old-fashioned creepiness, and instead make him into a bitchy queen. One scene in particular contains the worst, most out-of-place line in the history of any horror movie. After morphing from wolf to man, Dracula  feels the animal's black hair and turns to a group of nuns with the following quip: "I don't know about you girls, but I sure do love fur."

Meanwhile, imprisoned in a castle, a labyrinth right out of the short stories of Argentinian author Jorge Luis Borges, Harker soon begins to deteriorate as Dracula makes his nightly visits. Soon enough Harker realizes that he must escape if he is ever going to see his beloved Mina back in London again. No sooner does he find out the secret of the castle's construction that he realizes that the place is also inhabited by several of Dracula's creations: caged prisoners, slowly being turned into vampires, and all of them (including a vampire baby) ready willing and able to bite a chunk out of Harker's jugular.

The best part of this adaptation involves a part of the story which is usually either omitted, or dashed away quickly in previous versions: the voyage of the ship Demeter to London. The entire second part of this series involves this sea voyage. The only problem with this decision is that the writers turn it into an Agatha Christie murder mystery -- a mixture of  Murder on the Orient Express meets And Then There Were None. And what's wrong about this approach? It's not a whodunit anymore, we know who's doing it! Still, despite the clumsy writing decision, this episode has the proper atmosphere, dread, and seriousness that the story deserves.

This episodes also features the most outrageous cliffhanger ever -- something right straight out of a Dr. Who episode.

At this point, I'll say no more. If you've read this far you're either not going to go anywhere near this show, or I have elevated your curiosity so much that you're running to your Netflix. Either way, it's an entertaining bit of fluff, but not the kind of adaptation that this classic deserves. Unfortunately, both Mr. Gatiss and Mr. Moffat, as fanboys, are way too close to the material to actually make a decent adaptation.

I can't wait to see what they do with Moby Dick if they decide to adapt it.
Posted by Vincent Vargas at 3:39 PM No comments: