New TRAVIATA at the MET

The new production of Verdi's La Traviata at the Metropolitan Opera tries really hard to please New York's Old Guard: the ones who missed Franco Zeffirelli's production when it was replaced by Willy Decker's bare-bones, surrealistic and symbolic rethinking of the work. Currently on display at the MET we have Michael Mayer's new look at the composer's 1853 masterpiece, featuring a solid, but gaudy fin-de-siècle unit set by Christine Jones, costumes by Susan Hilferty and lighting by Kevin Adams. The days when different acts and locales demanded different sets are over. Ms. Jones provides us with a unit set which with the help of Mr. Adam's Bollywood style lighting creates Violetta's salon, her country house and Flora's ball. If you are a newcomer to opera, study your libretto before you go, and you'll know where you are.

The MET has put together what it thinks is an ideal cast for this production, featuring the coloratura of Diana Damrau, who seems to have a hold on Verdi's middle period heroines at the house. Her Alfredo is Juan Diego Flórez who serves the production admirably with his young looks and handsome dashing acting, even if vocally he is hopelessly miscast: a Rossini specialist pushed into a Verdi opera. The results are a small voice competing with the big-boys. It throws off kilter the vocal balance. Add to that the Giorgio Germont of Quinn Kelsey, a cavernous baritone with a loud, and at times unfocused tone, and you have a Traviata that has clearly been cast on looks, with a sharp eye on the HD screen, rather than vocal integrity. 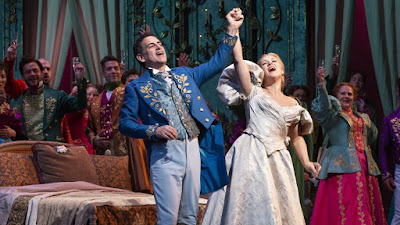 The surprise of the evening was Yannick Nézet-Séguin and his admirable handling of the Metropolitan Opera orchestra.  While this score is often handed to pedestrian conductors who do little else than beat metronome-like phrases, or to a tenor currently moonlighting as a baritone/conductor, Mr. Nézet-Séguin proved why he has been chosen to be the MET's new Music Director. In his able hands the score came to life, as he brought out the inner voices of the orchestration, and found beautiful phrasing in places often glossed over by others. As expected, the orchestra responded to his direction without fault. And even if at times the pacing seemed slow, and the dynamic level reached Wagnerian proportions, it's been a long time since this score has been heard with such detail.

Reason enough to go to this production and hear this often-played work as if it was the first time.
Posted by Vincent Vargas at 1:40 PM No comments: 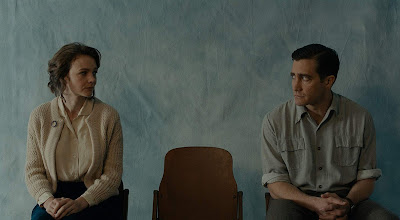 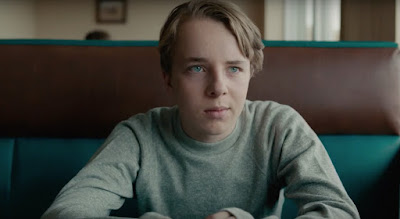 Wildlife is one of the finest films of the year. Great performances, outstanding actor-driven direction, and a haunting story about three real people. A film not be missed.
Posted by Vincent Vargas at 9:07 PM No comments: