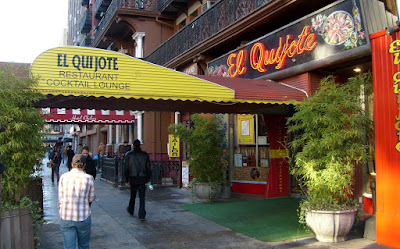 The only question left now is will El Quijote open its doors again, and if it does, what will it look like, and what will the food be like? I for one am asking the gods for a speedy resurrection.
Posted by Vincent Vargas at 9:30 AM 2 comments:

James Levine is suing the MET 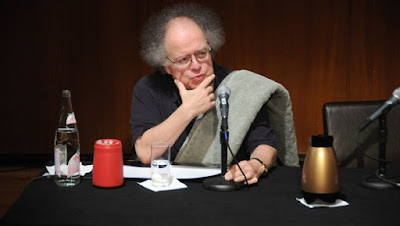 Will this be the straw that finally breaks Peter Gelb's back? James Levine is suing the Metropolitan Opera over the fact that he was fired after allegations of sexual misconduct surfaced.  According to the Hollywood Reporter, the conductor filed a lawsuit on Thursday claiming that the opera company used baseless allegations to tarnish his fabled career. The company went on to fire him without even a telephone call. The suit asks for at least 5.8 million dollars. The MET has not seen the suit as of this writing, and has made no comments. The MET suspended Levine back in December, and started an investigation after the New York Post and the New York Times published allegations of sexual misconduct involving three boys. These events go back decades ago, and Levine said that the accusations were unfounded, and that he had not been charged with any crime.

When all this blows over, and I believe it will, like any witch hunt, I believe there is a good chance that James Levine will come back to the MET. And I also believe that the audience will welcome him with great acclaim. The reason why the MET orchestra is the polished ensemble it is is all due to Maestro Levine. When he returns it will be a very uncomfortable place for Gelb, I'm sure. That might be the moment when the board will finally fire him, and search for somebody who understand the likes and tastes of the New York opera-going public.
Posted by Vincent Vargas at 1:58 PM No comments: 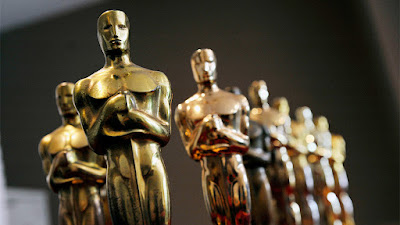 The Oscars are tonight, of course.  Here are some last minute predictions:

WACO on the new Paramount Network 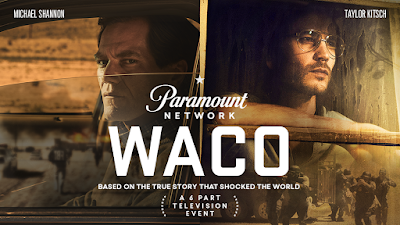 Waco, a six part miniseries based on the 1993 siege of the Waco, Texas compound of the Branch Dividians, a millenarian cult led by David Koresh, brings to mind President Trump's recent tweets on the failure of the FBI to get anything right. After a standoff of more than 50 days, the Bureau chose to use might against the cult, which produced a raging fire which brought the ordeal to a tragic end. At the end Koresh, and many women and children Branch Dividians, seventy-six in all, laid dead in the ashes of the inferno. It was one of the most tragic uses of lethal force used by Americans against Americans.

The series began as a project of the Weinstein Company, but soon after reports of sexual allegation surfaced, Harvey Weinstein's name as well as the name of his company was removed from the series. Spike, which was supposed to air the series became Paramount, and the first episode aired on January of this year.

The screenplay by John Eric Dowdle, Drew Dowdle, Salvatore Stabile and Sarah Nicole Jones presents us with a linear account of the events, title cards telling us the number of days of the standoff. What is missing from their script is a serious backward glance at the man who brought all these people to Mount Carmel and convinced them that he was the Second Coming. Koresh's journey as a Seventh Day Adventist, his pilgrimage to the Holy Land, and his memorization of the Bible before he was twenty years old adds much to his character. What is also missing from their script is the very fact that Koresh was a monster: a self-proclaimed messiah who bullied and mistreated his followers all in the name of dogma together with his preoccupation with the book of Revelation and the End of Days. You wouldn't know this Koresh from the character that actor Taylor Kitsch creates, however. In Mr. Kitsch's sensitive portrayal, Koresh is a well-meaning hippie, who probably took some acid, did some mushrooms and expanded his mind into a Bible-thumping rocker, with a gift of the gab, all tied up with a neat Texan drawl. The screenplay misses the deep allegiance to belief and Scripture that made Koresh so believable to his followers.

Despite some of the lapses in the screenplay, if Mr. Kitsch's Koresh grabs us, so does Michael Shannon's performance as Gary Noesner, the FBI agent who tries against all odds, including his boss's orders, to end the stalemate. Their phone conversations are at the heart of this story, as they show us two determined men in brutally honest conversation. Both Mr. Shannon and Mr. Kitsch through their acting abilities also manage to convey to us that the characters they play know very well in their heart of hearts that their efforts will end badly.

In supporting, but key roles John Leguizamo is excellent in the opening episodes as an ATF agent who infiltrates the Mount Carmel compound and befriends Koresh. Likewise, Rory Culkin, as one of Koresh's disciples gives a captivating, heartfelt performance. Also, Shannon's boss Tony Prince, played by Glenn Fleshler and FBI agent Mitch Decker (Shea Whigham) give credible performances as the villains of the piece. Julia Garner's heartbreaking performance as Michelle Jones, forced to marry Culkin's character, and forced to watch her father's body be buried in a ditch, offers a great contribution to this miniseries.

Waco may not be a revelation, but it expertly handles a very dark page in American history. It is definitely worth your while to watch this excellent miniseries.
Posted by Vincent Vargas at 12:45 PM No comments: