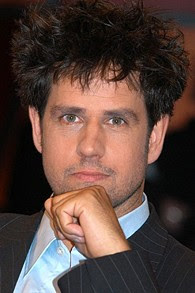 It's so difficult to believe that Christoph Schlingensief (1960-2010) is dead. Barely a few weeks ago his name was on my lips as I was putting the finishing touches on my podcast about the new Hans Neuensfels production of Lohengrin at Bayreuth. In 2004 Schlingensief directed an extremely controversial production of Parsifal at The Green Hill, and the current Lohengrin is drawing the kind of loud boos that greeted Schlingensief's work six years ago.

You would not be reading this article had there not been a 2004 Schlingensief production of Parsifal at Bayreuth. The critical outrage, and the overall sheer chutzpa of that production fueled my imagination, and was largely the inspiration for wagneroperas.com and its companion: this, oftentimes, irregular blog.

Of the many hats that he wore in his brief life, Schlingensief excelled at being a provocateur. To fully understand his art, oftentimes complicated by the politics from which it arose, you have to be German, or at the very least you must have your finger on the pulse of current German politics and history. He often ridiculed Helmut Kohl, leader of the Christian Democratic Union, and often his work was filled with references to Germany's Nazi legacy. His play, Kühnen 94, Bring Me the Head of Adolf Hitler, its title referring to the neo-Nazi leader Michael Kühnen, as well as Sam Peckinpah's 1974 film Bring Me the Head of Alfredo Garcia, was a controversial examination of German history that drew inspiration from popular history and Hollywood pulp films. 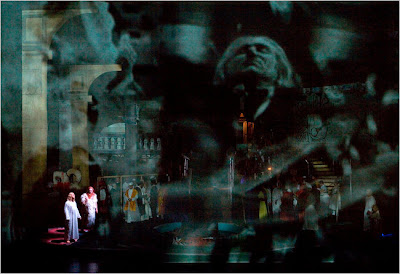 The iconography of his Parsifal at Bayreuth (see above) drew from many themes, inspirations, and styles. Setting the work in what appeared to be the African continent drew angry responses from the crowd year after year that the production was presented. It even drew one angry Spaniard to yell "To Jail!" at the conclusion of one of the acts. Anger overflowed backstage to the cast. Tenor Endrik Wottrich refused to sing in the production after the first year, and did not honor his contract after he and Schlingensief fought bitterly and called each other names that ranged from "Racist" to "Fascist."

Often, critics who understood his penchant for provoking masses accused him of not having a true visual style. His "Voodoo Parsifal," as the Bayreuth production was nicknamed, drew inspiration from the controversial film Our Hitler by director Hans-Jürgen Syberberg, one of the most radical filmmakers from the New German Cinema of the 1970s. The truth of the matter is that Schlingensief was influenced by everything that touched him, and he wanted to put everything in the pot and stir it up, always curious to see what came out.

It is this sense of exploration and curiosity, coupled with a need to shock and disturb that Christoph Schlingensief brought to Bayreuth when he was invited to come up with a new Parsifal. Now that he is gone, his creativity and determination will be greatly missed.
Posted by Vincent Vargas at 10:15 AM No comments: 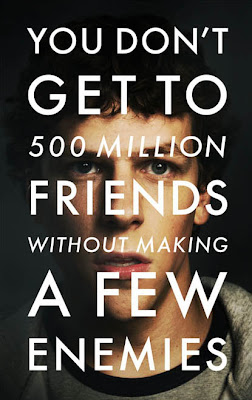 The Film Society of Lincoln Center has announced that it will kick off its 48th annual New York Film Festival with The Social Network, the new film by director David Fincher. The new film, written by Aaron Sorkin, stars Jesse Eisenberg, Andrew Garfield and Justin Timberlake.

David Fincher broke on the scene with the dark, apocalyptic Alien 3, perhaps the darkest and most personal of the first "Alien" films. In 1995 he released the mega-hit thriller Se7en, starring Brad Pitt and Morgan Freeman. He followed this film with a score of triumphs, all bearing the stamp of a genuine American auteur. Fight Club, Zodiac, and the recent The Curious Case of Benjamin Button have become instant classics, and have transformed Mr. Fincher into one of the genuine visionaries in American cinema today.

Currently, Mr. Fincher is in pre-production on The Girl with the Dragon Tattoo, based on the Stieg Larsson novel. This film is slated for Christmas 2011 release.

The Social Network opens at the New York Film Festival on Friday, September 24th 2010. It is due for release by Sony Picture Classics on October 1st.
Posted by Vincent Vargas at 2:24 PM No comments: 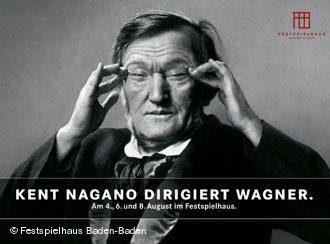 The only question that remains in my mind is what did Kent Nagano himself think of the ad?
Posted by Vincent Vargas at 1:34 PM 7 comments: