Indiana Jones is Back! 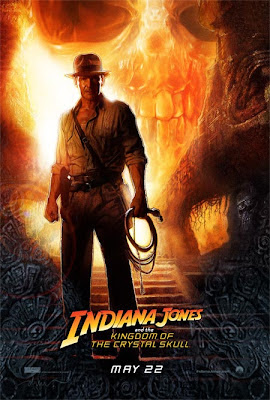 Indiana Jones and the Kingdom of the Crystal Skull brings back to the summer screens one of the biggest franchises in the history of the movies. Indiana Jones has returned, and this time he is battling Soviets, South American Indians, the FBI, and 1950's post-war complacency. Dr. Henry Jones has finally achieved tenure in his manicured academic world, but he is as restless as ever. He is also a bit older, a bit grayer, and his politics appear to be a little more confusing. His hatred for the Nazis in the first installments of the series was well documented, and now this same hatred has switched to the Soviets. For such a free spirit adventurer, however, the words "I like Ike," which he utters early on in the film in order to prove his patriotism, don't really register as the kind of political allegiance that Dr. Jones would have. Indiana Jones a Republican -- who knew!

For anyone who watches Indiana Jones and the Kingdom of the Crystal Skull (now, that's a mouthful! That's the longest name for a sequel since Benedict the Sixteenth replaced John Paul Two) one question definitely comes to mind: why didn't they do this fifteen years ago when it would have all been more believable? It's not just that Harrison Ford is looking considerably older, it's that this kind of filmmaking has already exhausted itself in the previous three films. The franchise is starting to feel its own age.

But make no mistake, despite its occasional creakiness, the movie is a very enjoyable ride. Steven Spielberg has returned to the kind of populist filmmaking that only he can pull off. The special effects are awesome to look at, the performances strike the right chords, and there are enough references to the past three films to make any fan of the series happily nostalgic. In addition, the brisk pacing the film makes for an enjoyable summer popcorn movie.

One very good reason not to miss it is Cate Blanchett. As Irina Spalko she is one of the greatest villains this series has ever had. Cold as ice, Ms. Blanchett has never look prettier on screen, while at the same time creating an unforgettable menacing figure. With her Louise Brooks hairdo, her sword, and her immaculate gray communist uniform she looks as out of time and place as the crystal skull that the principals chase down.

Less successful is Shiah LeBeouf as Indy's young sidekick and fellow adventurer. Playing the role as a junior Marlon Brando in The Wild One, this character aims to be a wannabe Indiana, and ends up, time after time, rejecting the old fashion values, such as education, that makes the old man a credible character.

Karen Allen is also back as Marion, but the movie is almost half way over before we see her. As Mr. Ford, Ms. Allen has aged more or less gracefully into an older version of her original role, but one gets that same feeling when we watch her that this Indy return would have made more sense a decade or two ago. Newcomers to the cast are John Hurt and Jim Broadbent. I am sure that both picked up hefty paychecks for playing two-dimensional characters who occupy very little screen time.

If you read Erich von Däniken's 1970's bestseller Chariots of the Gods? or know the theories behind that book, then you will figure out the inspiration for this movie. It's odd that this Indiana Jones film is so careful not to portray third world caricatures (Soviet caricatures are all right, it seems!) and yet, von Däniken's theories about the achievements of the ancient people of South America are some of the most racist views ever expressed. His bestseller argues that the Mesoamerican people could not have achieved such high levels of learning, mathematics and architecture without the aid of extraterrestrial beings. The days of such lines as "Ah, fried monkey brains..." coming from third-world, dark-skinned characters might be gone from Indiana Jones, but that good ol' racism (which comes right from the 1930's serials that Indiana Jones is based on) is still very much present in the series.

This film is a mixed bag, but it is a well-made, fast-paced summer entertainment. Thankfully it does not destroy the legacy of the franchise (are you reading this George Lucas!) Go see it, it might just become your favorite Indiana Jones film -- or maybe not.
Posted by Vincent Vargas at 7:15 PM No comments: 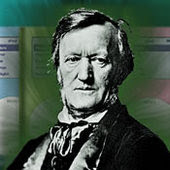 If you follow this link, you will come to a page loaded with recommendations for complete Richard Wagner operas, as well as highlight discs of these works. This is a list of the best recordings available. You can buy them at my Wagneroperas.com megastore website through Amazon.com.

Among the recordings you will find are the fabled live Bayreuth recording of Tristan und Isolde with Birgit Nillson and Wolfgang Windgassen, as well as the complete Ring Cycle conducted by Sir Georg Solti. Check it out!
Posted by Vincent Vargas at 3:19 PM No comments: