Villazón is Out: Two Wonderful Tenors are In 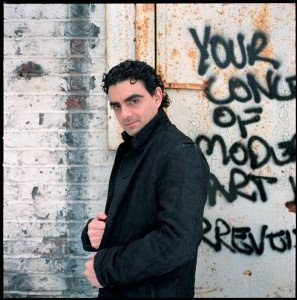 The current revival of Lucia di Lammermoor, at the Metropolitan Opera, sold out months ago when subscribers saw that the MET was bringing together opera superstars Rolando Villazón and Anna Netrebko. The pair, who in the last few years have become the darlings of the international opera scene, were set to bring monumental sparks to the cold and dreary month of February in New York City. No such luck. By the time I went to see this production last Tuesday (February 3) Villazón was out sick, and soon after that it was officially announced that he would not be singing the rest of the performances, which included the Saturday matinee broadcast and HD live telecast.

As usual, the MET had to scramble to fill the role of the tenor. But this time they got it right. Giuseppe Filianoti filled in the evening I attended, and he sang with flair, loads of gusto, and true Italianate sound. His high notes rang solid, his acting was believable and, from the tenor point of view, the evening turned out to be a pleasant surprise. Ms. Netrebko, on the other hand, sounded tentative throughout the evening, and avoided most of her high notes. She did manage to make some truly beautiful sounds in spots, but her performance was, on the whole, uneven.

On Saturday, the MET struck gold once again: For the HD Live telecast performance they brought in Polish tenor sensation Piotr Beczala. He has been singing the role of Lenski in Eugene Onegin at the house to great critical praise, and agreed to sing the Donizetti role for the Saturday broadcast/telecast. The result was marvelous. His singing was sumptuously rich and powerful and his Italian diction was impeccable. He succeeded in conveying over the radio airwaves a fully rounded interpretation of this tenor role. Netrebko finally rose to the occasion, giving her all in what probably was her best performance of this run. She took all the high notes that she had dropped on Tuesday, they managed to come out pretty well, and thus scored a great success for herself. Mariusz Kwiecien, the wonderful Polish baritone who these days seems to do no wrong, offered his usual strong (if at times, loud) interpretation of Enrico. With a Russian and two Poles in the main roles, this Lucia had a decidedly Eastern European flavor that brought a surprising exotic, but wonderful sound to the MET. I can't wait to see what the video turned out like.
Posted by Vincent Vargas at 3:37 PM No comments: