Hans Jürgen Syberberg and I

A few weeks ago I was invited by Per-Erik Skramstad, the webmaster of Wagneropera.net, to submit my choices for favorite important and influential recordings, in CD and DVD's, of Richard Wagner's operas. I have just read his article, and little did I realize that I was going to be in such prestigious company. Click here in order to see my choices, as well as the choices of some of my fellow Wagnerites, who include filmmaker Hans Jürgen Syberberg, author Penelope Turing, the Artistic Director of the Royal Danish Opera, Kasper Bech Holten, baritone Detlef Roth, and many others. Enjoy!
Posted by Vincent Vargas at 8:11 PM 2 comments: 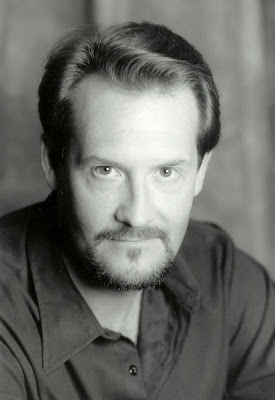 This year he is getting his chance. Peter Seiffert, this season's Tristan is ill. The tenor has only sung the opera's premiere (the evening I attended), and rumors are wild as to whether or not he knows this role well enough: at the premiere he was spotted wearing a prompter's electronic earpiece. At the second performance on December 2nd, Gary Lehman filled in for Sieffert. This afternoon he is scheduled to sing the role of Tristan at the Metropolitan Opera Radio Broadcast. Let's see how he comes across. This might be the beginning of something big for this rising opera performer.
Posted by Vincent Vargas at 9:07 AM 2 comments: