Lise Davidsen makes her debut at the MET 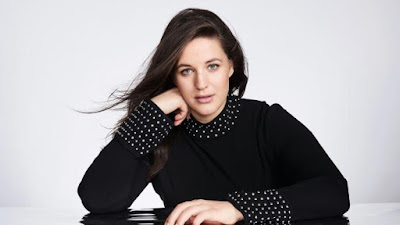 The debut of an important up and coming artist at an opera house is always a reason for celebration. At the Metropolitan Opera, the fabled evenings when Enrico Caruso, Marian Anderson and Leontyne Price made their debuts have gone down in the annals of the opera house as important signposts for the company, as well as golden moments in the history of the art form in the 20th century.

Last night another such moment happened again at the MET, one taylor-made for the new century. Soprano Lise Davidsen made her much anticipated debut as Lisa in Tchaikovsky’s The Queen of Spades. Like the artists mentioned above Ms. Davidsen comes to the MET already a star, having made an enormous impact in the classical world with her triumphant debuts in Glyndebourne, the Vienna State Opera, the Royal Danish Opera, and London's Royal Opera, Covent Garden. As well as last summer's debut at the Bayreuth Festival where her performance as Elisabeth in Tannhäuser was hailed by the international press as a "voice once in a century." This summer she will return to the Green Hill as Sieglinde in Bayreuth's new production of the Ring. In addition to all these marvelous accolades, Ms. Davidsen has been awarded an exclusive recording contract by Decca Records, the first since that honor was given to soprano Birgit Nilsson.

Is sex appeal important in opera? You bet, and Ms. Davidsen has it in (I won't say in spades) greater than usual amounts. Her tremendous stage presence and radiant looks, more Mediterranean than Nordic, command the stage even before she sings a single note. And when she does, she produces a powerful even sound throughout her register that causes one's ears to tingle. The kind of sound that only a true lyric dramatic soprano possesses. 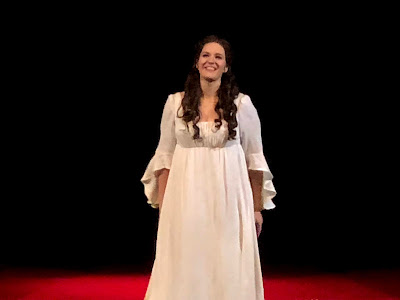 It was a triumphant evening in all accounts. Ms. Davidsen, in her curtain call as seen above, looked radiant and happy on a job well done. Her colleagues also did remarkably well. Tenor Yusif Eyvazov was a haunted creature as Hermann, whose obsession with discovering the secret of the three cards drives him and those in his orbit to destruction. Mr. Eyvazov's tenor is a pleasant instrument which he knows how to use well throughout the evening. Also worthy of accolades was another debut: Igor Golovatenko, whose powerful baritone graced the role of Prince Yeletsky. Conductor Vasily Petrenko, also making his house debut, led the forces of the Metropolitan Opera orchestra and chorus with remarkable beauty and efficiency.

The Queen of Spades is another jewel in the MET's remarkable crown this year, which also includes the triumphant new productions of Porgy and Bess and Philip Glass's Akhnaten, which are currently running. It would be unwise to miss this revival of Tchaikovsky's opera, especially when it is graced by such a remarkable singer as Lise Davidsen. Let's hope that she makes the MET a favorite home away from home.
Posted by Vincent Vargas at 10:29 AM No comments: