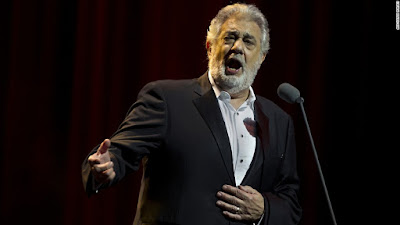 Mr. Domingo offered the following statement to CNN: "People who know me or who have worked with me know that I am not someone who would intentionally harm, offend, or embarrass anyone. However, I recognize that the rules and standards by which we are -- and should be -- measured against today are very different than they were in the past. I am blessed and privileged to have had a more than 50-year career in opera and will hold myself to the highest standards."
Posted by Vincent Vargas at 8:03 PM 1 comment: 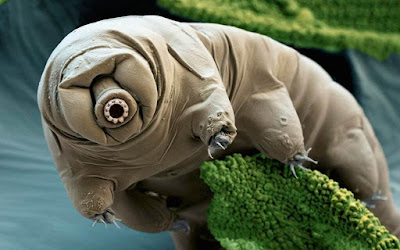 As far as the tardigrades are concerned, they will not be able to reproduce or move around in their dehydrated state, but if they survived the crash and are rehydrated they can come back to life years later.
Posted by Vincent Vargas at 7:48 AM No comments:

The Main Slate of the New York Film Festival 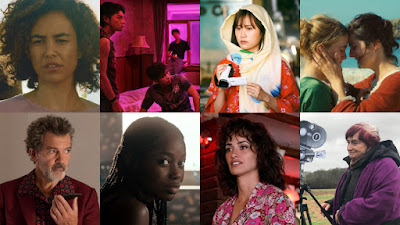 The Main Slate for the 2019 New York Film Festival has been announced.  Here are the films:

I Was at Home, But… Dir. Angela Schanelec

Portrait of a Lady on Fire
Dir. Céline Sciamma

To the Ends of the Earth
Dir. Kiyoshi Kurosawa 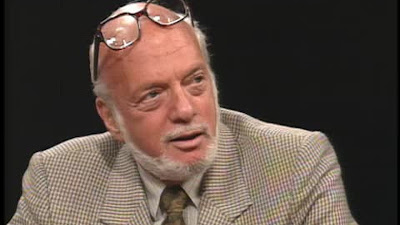 That picture above represents the way I will always remember Hal Prince, that giant of Broadway, who died yesterday in Iceland at the age of 91. White-bearded with a twinkle in the eye so highly visible because his glasses were always off, balanced on his bald head. I learned his name as either the director or producer of so many musicals I was too young to have seen, but knew well through the LP original cast albums in my collection. Scratching the surface of his prodigious output there was West Side Story, Fiddler on the Roof, Cabaret, and Damn Yankees. All of them hits, some classics of the American Musical Theater.

Those were the old musicals I knew. When I started going to Broadway shows during high school and college, I realized the man was active, and collaborating with Stephen Sondheim, the greatest living composer/lyricist. That's when I saw Sweeney Todd, my first Hal Prince musical. I saw the original cast three times. I went back to discover the previous Prince/Sondheim creations: A Funny Thing Happen on the Way to the Forum, Follies, Company, A Little Night Music (based on Ingmar Bergman's film Smiles of a Summer Night), and Pacific Overtures, a masterpiece about the opening of Japan by Commodore Perry, that flopped on Broadway on its initial run: a condemnation of American imperialism in 1976, the American Bicentennial year. There were Tony Awards galore, and music that has become part of Broadway lore. It was the 1980's, the time when Broadway decided to revive many of these musicals with their original stars. To this day the revival of Fiddler, with Zero Mostel reprising his role of Tevye is one of my treasured memories of Broadway.

Hal Prince went on to work with the British invasion of Andrew Lloyd Webber. He directed The Phantom of the Opera in the West End and on Broadway. To this day the New York production of Phantom, now in its 31st year of continuous operation, regularly grosses over $1 million weekly. It is also still running in London, and around the world productions of this work has been seen by over 140 million people. The original cast recording has sold over 40 million copies.

He is the last of the great producers/directors, and Broadway will not see the likes of someone like him again. He will be remembered as one of the great talents to grace the Great White Way.
Posted by Vincent Vargas at 10:39 AM No comments: