T&I at the Bastille

The new production of Tristan und Isolde that is currently in preparation at the Bastille Opéra in Paris is the culmination of "The Tristan Project," a conceptual piece that began at the Walt Disney Concert Hall in Los Angeles, and is the brainchild of the Los Angeles Philharmonic Music Director, Esa-Pekka Salonen, stage director Peter Sellars, and video artist Bill Viola: the same creative team which is now preparing the Bastille's premiere on April 12. The production will play for eight performances until May 7. 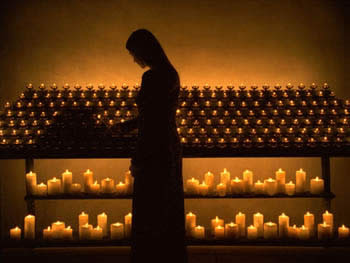 "The Tristan Project" was described by a Los Angeles Philharmonic press release as "a multi-discipline arts experience" presenting one semi-staged act of the opera on one night, along with works influenced by the opera; the kind of works that, in the opinion of maestro Salonen, could not have been composed without Tristan und Isolde having paved the way. The other pieces accompanying Wagner's opera were a suite from Claude Debussy's "Pelleas et Melisande," Alban Berg's "Lyric Suite," and the West coast premiere of Finnish composer Kaija Saariaho's "Cinq reflets de l'Amour de loin." On artnet.com you can read all about the performances that took place in Los Angeles.

It is my understanding that the Paris Opéra production will not be "The Tristan Project" but T&I itself; it will not include the other pieces that played in L.A., and the entire opera will be performed in one night, as is the customary fashion. Performing the role of Tristan, Ben Heppner will sing seven out of the eight performances, and Waltraud Meir will be his Isolde throughout the run. It promises to be "the" opera event in Paris. For a preview of this production go directly to the Opéra National de Paris website.
Posted by Vincent Vargas at 12:16 PM