Richard Peña to Step Down from the NY Film Festival 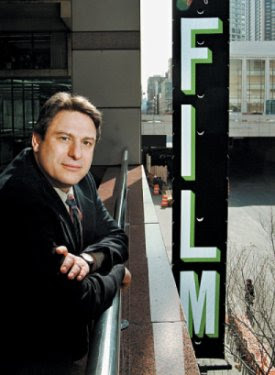 I received the following press release this evening from the Film Society of Lincoln Center.

The Film Society of Lincoln Center announced this evening that FSLC’s longtime Program Director and Head of the NYFF Selection Committee, Richard Peña, will step down from those posts at the conclusion of next year’s 50th New York Film Festival, and his 25th year with the Film Society. At that time, Peña will continue his involvement and has agreed to stay on to help design and organize a new educational initiative at the Film Society.

Dan Stern, President of FSLC’s Board of Directors made the announcement prior to the Closing Night Gala screening of THE DESCENDANTS, saying, “For the past 24 years Richard Peña has served as the Chairman of the Selection Committee for the Festival as well as the Program Director of the Film Society. Richard has informed the Board that at the end of 2012—after the Festival’s 50th anniversary, and his 25th at its helm—he will step down from both posts. Richard has been with the Film Society through the opening of the Walter Reade Theater as well as the Elinor Bunin Munroe Film Center and we are pleased that he has accepted our invitation to stay on to help create a new educational initiative at the Film Society.”

Regarding the timing of the move, Peña said, “Heading into the fiftieth anniversary of the Festival, it seems a perfect time for a transition, both for me personally and for the organization. Working at the Film Society has been beyond a "dream come true," but in the years left me I would like to possibly explore other areas of interest, both within and beyond the cinema. I also feel that, like at any other cultural institution, change can be important, as it will bring in fresh ideas and approaches to lead the Film Society into its next fifty years.”

FSLC’s Executive Director, Rose Kuo said,“Richard Pena has been a shining light for more than two decades at the Film Society, guiding us in the discovery of artists like Pedro Almodóvar, Mike Leigh, Lars Von Trier, Hou Hsiao-hsien, Hong Sang Soo and many more. It has been an honor and a privilege to work with Richard and I am delighted that he will continue with us as he transitions to a new period in his career and life.”

Peña has been the Program Director of the Film Society of Lincoln Center and the Director of the New York Film Festival since 1988. At the Film Society, he has organized retrospectives of Michelangelo Antonioni, Sacha Guitry, Abbas Kiarostami, Robert Aldrich, Roberto Gavaldon, Ritwik Ghatak, Kira Muratova, Youssef Chahine, Yasujiro Ozu, Carlos Saura and Amitabh Bachchan, as well as major film series devoted to African, Israeli, Cuban, Polish, Hungarian, Arab, Korean, Swedish, Taiwanese and Argentine cinema. In addition, he is a Professor of Film Studies at Columbia University, where he specializes in film theory and international cinema, and from 2006-2009 was a Visiting Professor in Spanish at Princeton University. He is also currently the co-host of WNET/Channel 13’s weekly Reel 13.
Posted by Vincent Vargas at 8:47 PM