An Advanced Look at the new MET Parsifal

The Metropolitan Opera will premiere its new Parsifal next season.  It is a production conceived by François Girard that just had its premiere in March at the Opéra de Lyon.  Here is an advanced look at what the MET is getting next year. 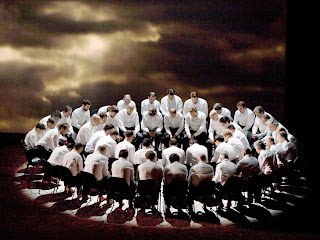 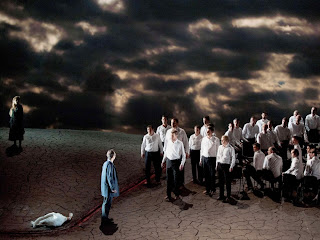 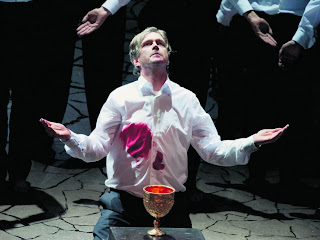 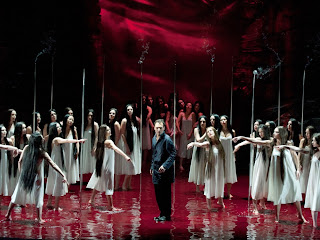 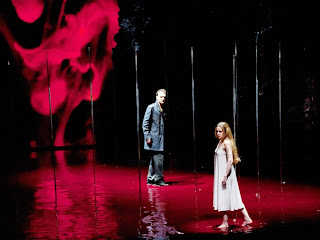 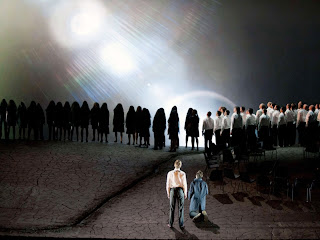 In addition, here is an unofficial film, shot during one of the dress rehearsals.  It shows that in this production Klingsor's Magic Castle in Act II is suffering from some major blood flooding.

And, as you can see, by the end of the act, the Flowermaidens get a blood soaking worthy of a Sam Peckinpah final reel.  From the publicity that I have seen, aside from the pool of sanguine fluid, this take on Richard Wagner's last opera also promises a shirtless Parsifal.  Since Jonas Kaufmann is scheduled to sing the title role here in New York, I am sure that that will get a large crowd to the house.  I really wonder how the New York audience will react to this latest Peter Gelb offering.
Posted by Vincent Vargas at 11:23 PM

As soon as health problems finally forced Jimmy Levine to leave the Met, Eurotrash has reared its ugly head, and this preposterous, jejune, imbecilical little exercise in pseudo-intellectuality is a somber omen. I watched clips from the Opera de Lyon, the original malefactor of this travesty, and it's a sight to see -if you want to get really depressed.

I fear we as a society are so dumbed-down by now, are so out-of-touch with the greatness of this and other works, that spectators from now on will respond only to kitchy staging. It's really a microcosm of the demise of culture in general.

So, let's thank our lucky stars for the previos Met production, still available on DVD.

I suppose Euro-trash Wagner shall now premiere at the Met.

If my goal was to stage these Wagner's great works in a way that would open them to nothing by ridicule and laughter, I could hardly do better than what is generally being done today.

Maybe bring back the old vaudeville tradition of pelting the stage intermittantly with tomatoes, eggs, cabbages...etc. would discourage productions such as these.