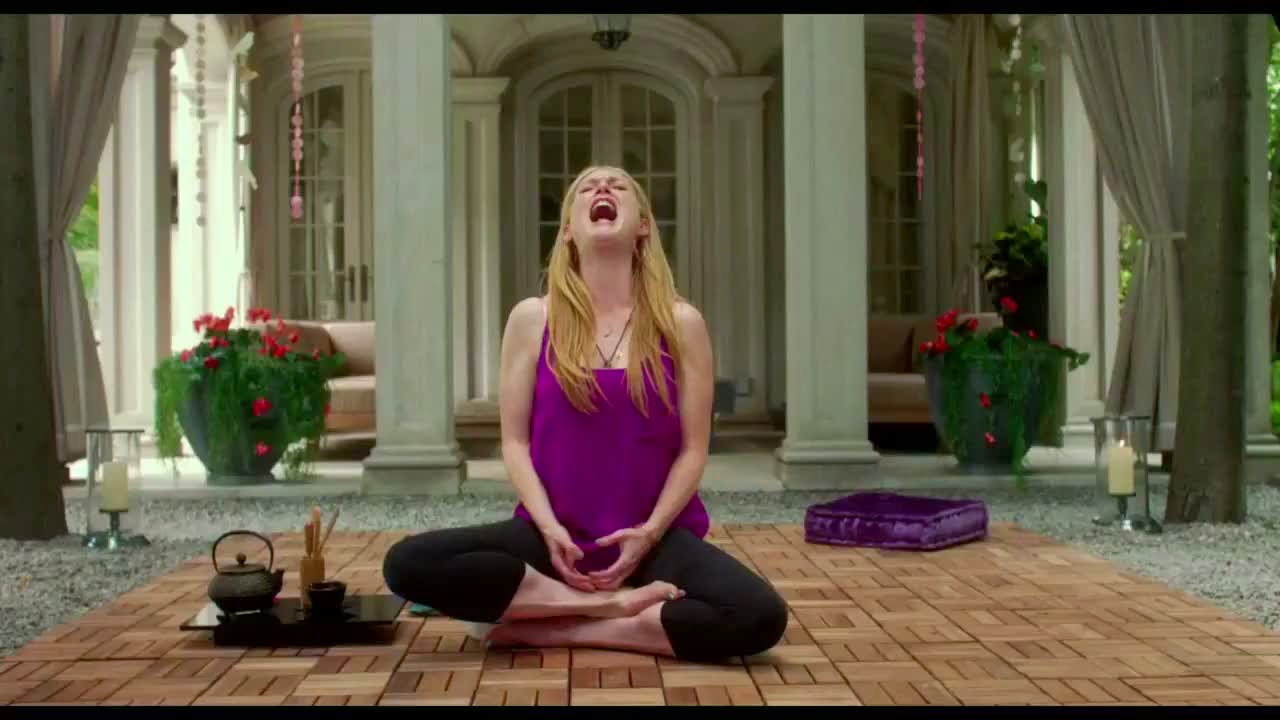 Screenwriter Bruce Wagner introduced today's showing of the film Maps to the Stars at the New York Film Festival by warning us that the path to Hell is filled with laughter. He should have also reminded us that laughter is the nervous sibling of horror, a specialty of director David Cronenberg, whose new film brings us back to his horror beginnings. This time, the boogeymen are set free in the beautiful but rancid world of the Hollywood elite, whose million dollar post-modern homes and shopping sprees to Rodeo Drive hide a nether world of drug addiction rehab, mental anguish and faded hopes. And among the manicured lawns, glass houses, and backyard pools the ghost of the dead often visit the living, as in a Shakespearean tragedy. They refuse to sleep in peace, and, at times, seem eager to drag the living into their circle of death.

Mia Wasikowska plays the burn-scarred Agatha, who comes back to Hollywood after having set fire to her home years ago. Her dysfunctional family includes her father, Dr. Stafford Weiss (John Cusack), a self-help quack guru, his guilt-ridden wife Cristina (Olivia Williams), and her brother Benjie (Evan Bird), a child star who makes Justin Bieber seem a model of mental and social togetherness. Agatha ends up becoming the assistant to has-been, fading actress Havana Segrand (the brilliant Julianne Moore, who won the Best Actress Award at this year's Cannes Film Festival for this role) who will give anything to play the role of her dead mother, a Hollywood legend who died tragically in a fire, and whose ghost now haunts her deranged daughter.

There have been great satires of Tinsel Town: Billy Wilder's Sunset Boulevard and Robert Altman's The Player come to mind, as well as Nathaneal West's 1939 novel The Day of the Locust (adapted into film in 1975 by the great John Schlesinger.) But none are as toxic as this film. Screenwriter Wagner doesn't just hold the mirror up to nature, he seems eager to smash it in our faces after showing us the bacteria that is growing behind the façade of the beautiful and the damned.

Cronenberg is, once again, at the top of his game, leading Julianne Moore into what surely will be an Academy Award nomination. A great performance, whether she is screaming in self-loathing, while in the lotus position, for having lost a part, or dancing for joy at the consequences brought on by the death of a child. Her rabid performance is counteracted by Ms. Wasikowska's eerie, underplayed approach to her part.  Together, the two offer a contrasting lesson in fine acting in a great story that, like Greek drama, often has the power to frighten while moving us to tears.
Posted by Vincent Vargas at 8:50 PM