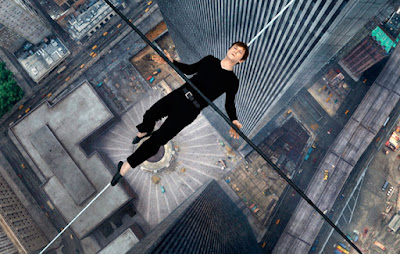 Robert Zemeckis added: “I am extremely honored and grateful that our film has been selected to open the 53rd New York Film Festival. The Walk is a New York story, so I am delighted to be presenting the film to New York audiences first. My hope is that Festival audiences will be immersed in the spectacle, but also to be enraptured by the celebration of a passionate artist who helped give the wonderful towers a soul.”
Posted by Vincent Vargas at 4:28 PM