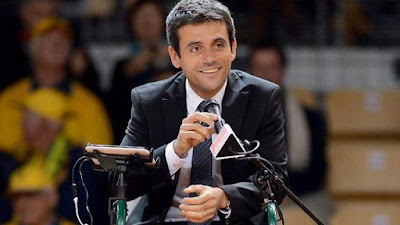 Carlos Ramos's decisions were all according to the book. However, the audience at the stadium, many of them, Serena's fans, began to boo Ramos. And to add salt to the wound, after Serena lost the match, during the presentation of awards, Mr. Ramos was not recognized for his courageous work during the match. I have already called the USTA stupid for not closing the roof and putting on the air conditioner when the temperature reached the three digit mark during the first week of the tournament, but now I have to add that they are also gutless for not supporting one of their own, and letting themselves be persuaded by the crowd, and by the shenanigans of Serena, who continues to be a deplorable prima-donna.
Posted by Vincent Vargas at 7:33 PM