Oscars 2005 or Why Chris Rock Sucked 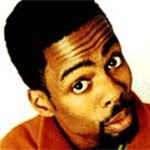 Does Chris Rock's rude and irreverent view of the world qualify him to host film's most prestigious gala event? Should his race-obsessed patter be the language of choice for this kind of event? Apparently Oscar wants to grow up, throw away the knickers (although Oscar always stood proudly in his golden nakedness) and enter modern times. The question is whether that is too much to ask of a show that year after year takes a gamble in looking fresh and new, but which always prefers to look back to the glory and limelight of decades past.

One of the best loved segments from the Oscar ceremony has always been the omnibus of film clips at the beginning of the show. It is here that the reverent tone of the show is set yearly. This time around, was no exception. In the past few years, when Billy Crystal has broken that tradition by including song-and-dance segments, and spoof film clips featuring himself, it has always been with a loving eye to the world of movies. The other segment of the show that's an audience favorite is the "In Memoriam" section. In addition, lifetime achievement awards such as the honorary Oscar awarded to Sidney Lumet this year are inherently nostalgic looks at Hollywood's greatness, thus forcing us to examine careers that have spanded generations, and settling us once again very much in the safe world of sentimentality and nostalgia. Exactly what the Academy Awards should be about. Besides, everybody knows that, when in doubt, the Oscar vote will always go for the safe movie. In today's New York Times, Caryn James expressed it best when she wrote that Oscar "knows it ought to move into the 21st century, but hates the idea."

Chris Rock hosting the Academy Awards was no big deal. It was the latest way that the show wanted to stay fresh and relevant. He just wasn't very good. Nothing worse than threatening to bring an M16 and at the last minute trading it in for a cap pistol. I was expecting that seven second delay to be working overtime, instead it is unlikely that it was ever used; although it should have been working nonstop to edit out the barrage of annoying "OK's" that seemed to follow every joke made by the host. This repetitive nervousness made Chris Rock sound like a lame, under-rehearsed soap-box speaker instead of the million dollar baby comedian that his reputation is built on.

For ease of delivery and genuine humor, all that Chris Rock has to do is go to the videotape and watch Robin Williams' segment as a presenter. His five minutes of screen-time wiped Chris Rock off the map. After that, Chris Rock was fighting for his life, and his appearance was at best -- inconsequential.

When Quincy Jones, P. Diddy, Spike Lee (whose get-up made him look like a Brooklyn version of Secret Squirrel's sidekick Morocco Mole), and Oprah Winfrey praised Chris Rock's performance it was an Afrocentric knee-jerk reaction to one of their own having arrived. It certainly could not have been in praise of the comedian's terrible performance. The worse part of the evening came when they rolled a segment that Rock filmed in a movie theater lobby interviewing black audiences. It seems that everyone there had seen the highly forgettable White Chicks but had managed to miss the best-picture nominee The Aviator. This kind of slap-in-the-face at the movie industry's lack of connectivity with minorities landed like a lead balloon in the industry-filled audience, and Hollywood does not like to have its feeding hand bitten away.

I don't even went to get into the Jude Law insult in the beginning of the show, but I was very happy when Sean Penn came out in defense of his fellow actor. Jude Law is an amazing talent, and maybe Chris Rock has never heard of him because he has been too busy watching bootlegs of White Chicks.

What a horrible pretentious individual you are!