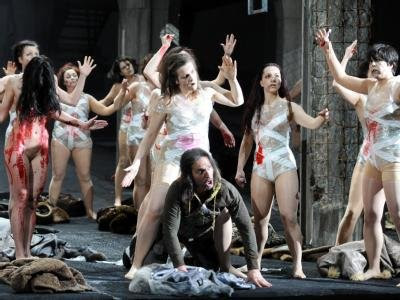 Does anybody know if this production has been filmed for DVD and Blu-Ray release in Europe and/or America?
Posted by Vincent Vargas at 6:52 PM

Call me a traditionalist (and I guess I am) but this staging looks really awful.