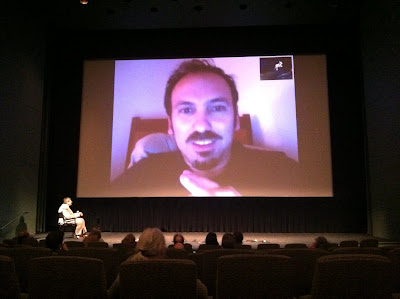 If you want to know the details of the Tahrir Square Revolution and its aftermath keep following the world's newspapers or buy any of the books that have recently been appearing about the events. If you want to be there, watch Stefano Savona's unforgettable documentary.
Posted by Vincent Vargas at 12:39 AM