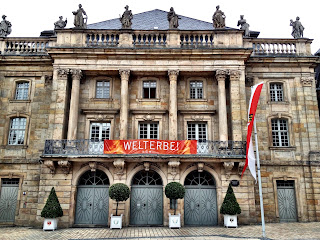 These were radical concepts from one of the most radical minds of the nineteenth century.  Interesting that many of these ideas simmered in the mind of the young Wagner while conducting in one of the most beautifully ornate, but conservative minded theatres in the world.
Posted by Vincent Vargas at 5:39 PM

and we want the pics!!