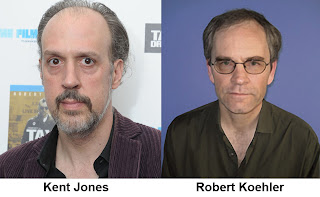 A graduate of UCLA, Koehler was a theater critic for the LA Weekly and Los Angeles Times during the 1980s and 1990s. He has been a contributor to Variety since 1994. As a film critic, he has written for Variety, Cinema Scope, Cineaste, Film Comment, IndieWire, The Christian Science Monitor and Filmjourney.org, as well as Cahiers du Cinema (France and Spain) and Die Tagezeitung. His blog column analyzing film festivals can be read at Filmlinc.com, the website of the Film Society of Lincoln Center. He is a member of the Los Angeles Film Critics Association and FIPRESCI, the International Federation of Film Critics, and has served on festival juries in Cannes, Berlin, Locarno, Vancouver, Buenos Aires, Indie Lisboa, Copenhagen, Montreal, Mexico City, Santiago, Palm Springs, Bermuda and Miami. Among his published work are chapters in the books “Cine Argentino 1999-2009,” “On Film Festivals,” from Wildflower Press, and “American Comedy,” published by the San Sebastian Film Festival.
Posted by Vincent Vargas at 6:45 PM