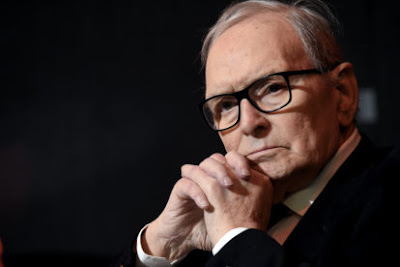 The last time that American audiences were treated to a Morricone score was in Quentin Tarantino's western The Hateful Eight. This award winning score was the first time that Mr. Morricone had composed music for a western since 1981.
Posted by Vincent Vargas at 8:27 PM