Mr. Wainwright Goes to the MET 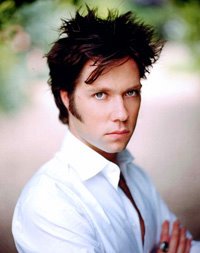 Singer Rufus Wainwright was a hit during the first intermission of today's MET's broadcast of Saint-Saëns' Samson et Dalila. He was just himself, and his bubbly persona was a good introduction to this artist. I am sure that a good number of broadcast listeners are not familiar with him or his music, and might only have heard of him for the first time after his name came up during the Peter Gelb press conferences in which the MET's new impressario announced that Mr. Wainwright is on the short list of composers commisioned to write a workshop opera under his proposed new project. Rufus Wainwright's music can best be described as alternative with, at times, strong leanings towards the operatic. For example, in the first cut of his latest album Want Two, a composition called Agnus Dei (which was alluded to in the intermission conversation he had with announcer Lisa Simeone), the composer takes the Latin text of the Catholic mass and sends it on a musical journey through time starting in a primitive Celtic world, then traveling to Moorish Spain, and finally coming to an impressive climax in the post-Romantic era of Mahler and Bruckner. He is very imaginative, very talented, and totally in love with opera. His young vibrant personality came through in the interview, sounding like an approachable celebrity, rather than a laconic, introverted artist. He showed insight when discussing his personal links between opera, the AIDS crisis and the affect that it has had on a young gay man like himself. He even showed a hint of nerves during the interview when he could not think of the name of Leontyne Price. On the other hand, although announcer Lisa Simeone conducted a fairly enjoyable interview, and did ask the right questions, I don't believe for a minute that she did not know that Mr. Wainwright had been commissioned by the MET to write some kind of work. If she really didn't, then I would recommend that she do her homework before stepping up to the mike.
Posted by Vincent Vargas at 3:47 PM

actually, in my archives, I discuss him and have a clip of him doing an aria from Le Roi de Y's. I dissed him at the time, but with age comes wisodm. Rufus is a welcome addition to the operatic fold!
Rufus

I heard that interview! Mr. Wainright was simple, warm, friendly & open. It was completely, totally delightful!

Lisa Simeone is much beloved here in the Baltimore/DC area, having gotten her start at WBJC-FM (streaming live audio from my blog sidebar). I thought she did a great job interviewing him, too.