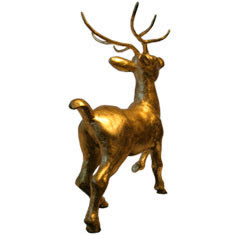 Historic events have occurred at the Green Hill since the 2007 Bayreuth Festival ended. The old generation is giving way to the new as Wolfgang Wagner prepares to give up the reign of the family business to the younger members of his quarrelsome family. When it comes to the festival's online presence, there is also good news to report. Bayreuth's clunky old website has been replaced by a modern portal which, although still totally in German, promises to have a mirror in English soon.

The real exciting news for those of us unable to be at Bayreuth this year is that for the first time in its history an opera will be telecast live over the Internet. Katarina Wagner's controversial staging of Die Meistersinger von Nürnberg, will be playing in a computer near you on July 27 at 4pm. The time of the Live Stream is CEST (GMT +2), so that would be 11:00am Eastern Daylight Savings Time.

The Bayreuth Festival has always had a fine tradition of broadcasting on the radio the opening days of the festival. Further, in the last few years these broadcasts could also be heard on the Internet via various online radio stations. This year for the first time you will be able not only to hear the opera, but see the controversial staging that everybody was talking about (and booing!) last summer.

But here's the best part: when you purchase a ticket to the webcast you are also buying access to see and hear the work on demand whenever it is convenient for you between July 27 and August 2.

I've already bought my ticket. Let's hope that the technology works, and that the broadcast is as historic as it promises to be. Here is the Bayreuth Festival's website if you would like more information about the webcast or the repertory for this year's festival.

http://www.bayreuther-festspiele.de/
Posted by Vincent Vargas at 10:52 AM