Gene Wilder is dead at 83 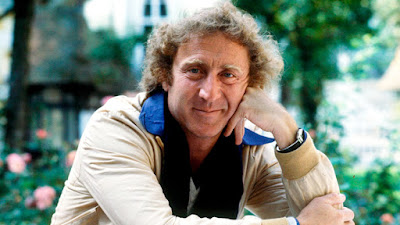 Gene Wilder died today at the age of 83. How sad when a comedian dies: a person who brings happiness and joy to so many. Young Frankenstein? Blazing Saddles? What was your favorite Gene Wilder role. What about The Producers? During the 1970s Mel Brooks found his muse, star, and co-author in Gene. However, if you never saw him in his breakout role in Bonnie and Clyde, a decade earlier, then you are missing a comedy moment that solidified his career at an early moment.

For many he is and will always be the one and only Willy Wonka, and nobody else should attempt to usurp the chocolate factory. He was perfection in that role. Sheer genius and pure imagination.

Posted by Vincent Vargas at 3:38 PM