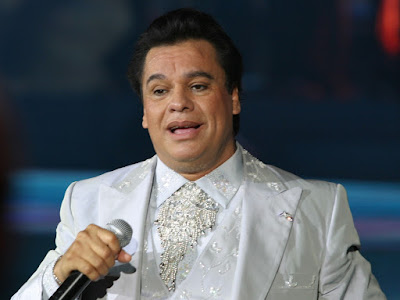 Juan Gabriel, the legendary Mexican singer, known as "el Divo de Juárez" died in Santa Monica after giving a concert on Friday in Inglewood. The cause of his death was a heart attack. Beloved by millions of Spanish-speaking fans, Juan Gabriel (born Alberto Aguilera Valadez) was Mexico's top selling artist with sales of more than 100 million albums.

Below is a video of his song "La mujer que yo amo" dedicated to Our Lady of Guadalupe, Mexico's beloved icon.

Posted by Vincent Vargas at 6:58 PM