J.S. Bach: The Gospel According to St. Matthew 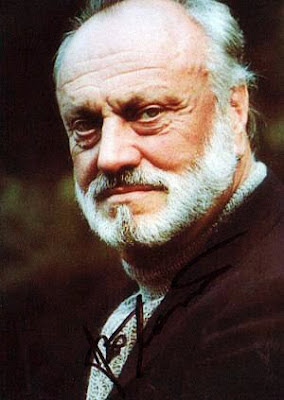 Johann Sebastian Bach completed and performed The Passion According to St. Matthew, BWV 244 sometime between 1727 and 1729, in the middle of his life, during his long tenure at Leipzig's Thomaskirche.

The New York Philharmonic, under its Music Director Emeritus Kurt Masur performed this massive work four times this Holy Week, and I attended the last performance on Saturday evening. It was my first Matthäus-Passion, and I was overwhelmed by the power and serenity of this musical setting of Christ's passion and death. Without a doubt, it is the musical pinnacle of one of the great composers, and one of the most monumental outpourings of religious faith. It is difficult not to be in awe of it even after an initial hearing.

I was impressed by Mr. Masur's spirit of discovery as he led selected members of the New York Philharmonic and the Westminster Choir and the American Boychoir. At 80, Mr. Masur has seen it all musically, and yet, this performance showed how he is still striving to find the inner meaning of Bach's intricate writing. It was a voyage that included the sweet-voiced American tenor James Taylor in complete command of the high tessitura of the role of the Evangelist, and the incredibly involved Matthias Goerne who employed his deep baritone in an unforgettable performance as Jesus. Mr. Goerne is an impassioned artist who looks nervous and fidgety when he is sitting down and not singing, but who totally gets into character when the time calls for him to perform. While the rest of the men sported white tie and tails, Mr. Goerne dressed in a black suit with an open-necked shirt. Now, that's what I call a Jesus! He did it his way!

The New York Times reported that in one of the earlier performances the baritone aria “Komm, süsses Kreuz" was the low point of the evening, with substandard playing by the viola da gamba soloist. In the performance that I attended, this aria was cut. Somebody is reading the reviews!

For many years, I have been listening to Bach's St John Passion, and have come to know and admire that shorter work. It served as a good introduction to the intricacies found in the St. Matthew Passion. Now all I need is a few years to study, and hopefully perform one day this great work.
Posted by Vincent Vargas at 10:45 AM