A Sneak Peek at the MET's New OTELLO 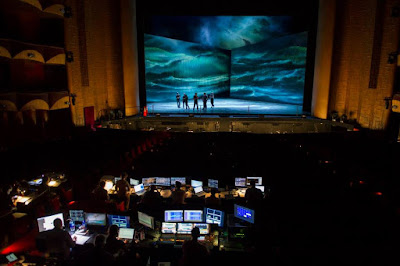 According to the Metropolitan Opera, rehearsals are well underway at the house for opening night, which will premiere the company's new production of Giuseppe Verdi's Otello. This new staging directed by Bartlett Sher will feature sets by Es Devlin, costumes by Catherine Zuber, and lighting and projections by Donald Holder and Luke Halls. The principals: tenor Aleksandrs Antonenko (Otello), soprano Sonya Yoncheva (Desdemona), and baritone Željko Lučić (Iago) are scheduled to sing on opening night. The principal conductor of the Philadelphia Orchestra, Yannick Nézet-Séguin will conduct this new production. 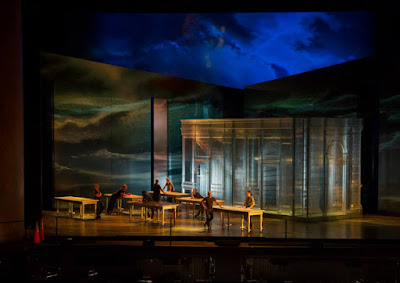 As these pictures reveal, this new staging will feature stunning projections, and while the costumes seem to be somewhat in period, (from the sketches the MET has published) the settings offer no specific time frame. Undoubtedly, it is a production that fits the current modernistic trends of the opera house under the leadership of Peter Gelb.

Lately, director Bartlett Sher has had an impressive number of successes: from the original Lincoln Center production of The Light in the Piazza in 2005, to his stunning revival in 2008 of South Pacific, and this year's megahit production of The King and I. His opera productions at the MET, ranging from The Barber of Seville to The Tales of Hoffmann have rapidly become audience favorites.  I am sure that Verdi's supreme Shakespearean tragedy is in good hands, and I am looking forward to being there on opening night.
Posted by Vincent Vargas at 10:50 PM