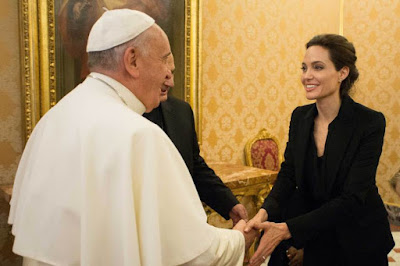 I received the following from the Film Society of Lincoln Center:

New York, NY (July 29, 2015) – The Film Society of Lincoln Center announced today that the World Premiere of Robert Zemeckis’s The Walk will take place on Saturday, September 26 instead of Friday, September 25 due to Pope Francis’s upcoming visit to New York. The date change was made for logistical and security reasons. The film, which remains the Opening Night selection of the 53rd New York Film Festival (September 25 – October 11), will screen at Alice Tully Hall. Festival dates stay the same, with free NYFF programming to take place on Friday, September 25, prior to the Opening Night screening on Saturday, September 26.
Posted by Vincent Vargas at 9:40 AM