No Wagner at the Green Hill 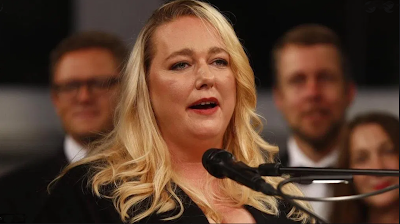 The year 2020 will be remembered not only because the COVID-19 pandemic has forced the  Bayreuth Festival to close its doors for the first time since World War II, but, as of this writing, this is the first time that a Wagner has not been at the helm of the yearly Richard Wagner celebration. In early April, the management of the festival announced that Katharina Wagner, great-granddaughter of the composer, was suffering from a "long-term illness" which has forced her to leave her position as artistic director of the festival.

Since 2008, Ms. Wagner has been at the helm of the festival her great-grandfather founded – initially with her half-sister Eva Wagner-Pasquier as co-director, and since 2015 she has bared that responsibility alone.

Over the years, It has also become very noticeable that Ms. Wagner has gained a considerable amount of weight -- never a good thing. The pressures of the job, no doubt, as well as the natural aging process have surely been responsible for this. It could be, perhaps, that her illness, whatever that is, has something to do with it. Reports from Bayreuth assure the public that Ms. Wagner's illness is not related to the Coronavirus outbreak.
Posted by Vincent Vargas at 6:30 AM