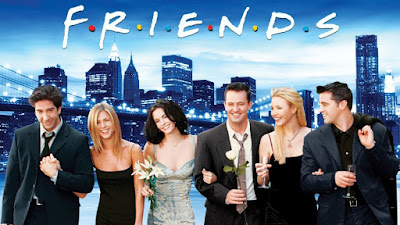 I'm not a very avid or faithful TV watcher. I never saw Friends, but I hear today that its creator, Marta Kauffman is apologizing for her show because it was not diverse enough. This is what she said at the virtual ATX TV Festival:

Can't do much about her old show, I'm afraid. She created a show that was part of her reality at that time, for the then reality of the country. Diversity, for better or worse, might not have been a driving force towards the success of the series given her target audience. Like I stated earlier, I never saw the show, but the cast picture above surely tells me that it was a show created by and for a certain young, white audience. So, I'm not really sure why Ms. Kauffman is apologizing now, other than to be topical, and to show that she really cares about the current cause. 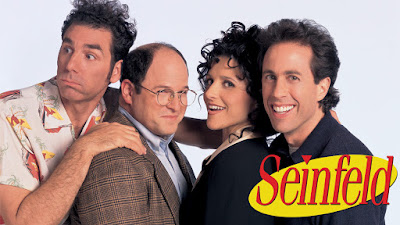 Given the new normal, in the near future we might just hear "mea culpas" from Jerry Seinfeld and Larry David.  Although, somehow, I just can't see Larry apologizing. 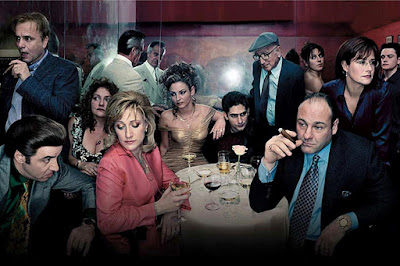 And surely don't expect an apology from David Chase, creator of The Sopranos... you don't want to get whacked do you? I'm currently discovering this HBO series (like I stated before I am not an avid or faithful friend of TV) and in one of the episodes of the second season two armed African-American criminals steal a car, and force a mafioso and his family (and their pet dog) out of the vehicle. The wiseguy reacts by exploding with the line "Fucking N*****s!"

Would that line have made it past the writer's room these days?
Posted by Vincent Vargas at 2:02 PM