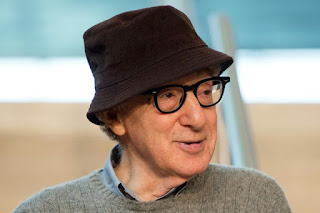 Rifkin's Festival is Woody Allen's new film, and it will premiere at the San Sebastian Film Festival. Since Spain has been able to flatten the COVID-19 curve and lower it, the festival is set to go in September. According to Yahoo News, the film was "shot last summer in and around the northern seaside resort itself, the story centers on an American couple who come to its international film festival and are swept up by the fantasy of cinema and the charm and beauty of Spain." The movie stars Austrian actor Christoph Waltz, and American Gina Gershon.

Woody Allen was greeted with protests last year when he was shooting the film. As Yahoo News reports "The screening will be a significant moment for Allen who's seen his career stalled as a result of the #MeToo movement against sexual harassment, which revived decades-old allegations he sexually abused his adopted seven-year-old daughter in the early 1990s."

He has denied all claims which were first leveled by his then-partner Mia Farrow. Mr. Allen was cleared of the charges following a series of
investigations.

Yahoo News goes on to report that "the sexual harassment firestorm has fueled a growing backlash against him and last year his most recent romantic comedy A Rainy Day in New York ended up being released in various European and Latin American countries rather than in the US."
Posted by Vincent Vargas at 6:10 AM

A surpise to be sure, but a welcome one.