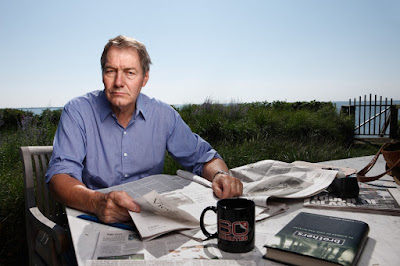 The sexual allegations snowball has rolled over Charlie Rose, the longtime 75 year-old journalist whose longtime PBS show has featured some of the most important figures in the world.  According to the Washington Post, eight women have come forward accusing Rose of unwanted sexual advances, lewd behavior, and nudity.  Five of the women spoke to the Washington Post on condition of anonymity.  The accidents mostly occurred while they were interns at Rose's PBS show. The women range from 21 to 37.

PBS and Bloomberg have suspended airings of his show.  Rose also co-hosts "CBS This Morning" and is a contributing journalist on the prestigious 60 minutes show.  CBS has suspended Rose pending an internal investigation of these allegations.

Who's next?
Posted by Vincent Vargas at 6:04 AM