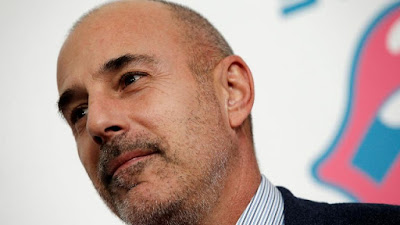 Matt Lauer has been axed from NBC News after a secret meeting between the NBC brass and an alleged victim who accused the longtime broadcaster of inappropriate sexual behavior.

Live on the air, Savannah Guthrie, Lauer's co-host on Today, was visibly shaken by the news.  She announced that "All we can say is that we are heartbroken. I'm heartbroken for Matt. He is my dear, dear friend and my partner and he is beloved by many, many people here. And I'm heartbroken for the brave colleague who came forward to tell her story and any other women who have their own stories to tell."

Following Lauer's firing, FOX News published an article on its website which featured Katie Couric admitting in a 2012 interview that Matt Lauer pinched her on the ass a lot.