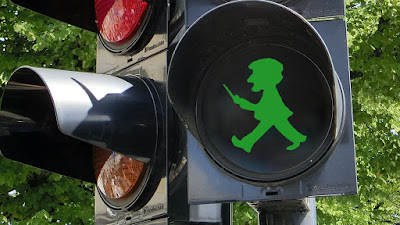 In the spirit of the 50th anniversary of the Apollo 11 moon landing, all systems are go for the opening of the 2019 Bayreuth Festival, which will take place on August 25 with a new production of Tannhäuser, directed by Tobias Kratzer and conducted by Valery Gergiev. Mr. Kratzer being famous as an avant-garde director, together with the recent  track-record at Bayreuth during the last 10 years or so, it is safe to say that it will be an experimental look at Richard Wagner's romantic opera. Mr. Kratzer has already directed this work during the 2010-2011season in Bremen. The following video, a promo for that production, might give you an example of what the director has in mind for the Green Hill this summer.


But then again, I'm sure Mr. Kratzer has had time to rethink the opera, and most likely will offer a production with new ideas, and with a deeper understanding of the work. One thing is certain: I doubt very much that, despite being being an anniversary year for the moon landing, Mr. Kratzer will stage Tannhäuser in space as in the unconventional staging of La Bohème, conducted by Gustavo Dudamel, which debuted at the Opéra National de Paris in 2017. A production which produced a storm of boos during its run.

Something tells me that the boos will still be heard at Bayreuth no matter what. It has been a tradition lately to boo the creative team on opening night, especially if the concept is new and controversial. Even last year, at a performance of Die Meistersinger I attended, which had already played the year before, I experienced an audience which booed Barrie Kosky's production with its references to the post-war Nuremberg trials, and its highlight of Wagner's anti-Semitic approach to his character Sixtus Beckmesser.

We will see what this summer brings.  It is my understanding that the production will once again be broadcast live by BR-KLASSIK.