Helen Mirren to be the next Chaplin Award winner 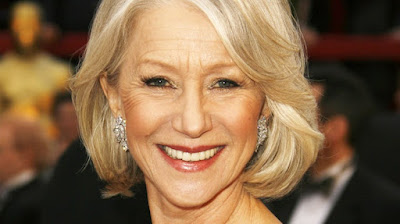 This year's New York Film Festival might be history, but the Film Society of Lincoln Center continues to be in the news.  Yesterday, it was announced that Helen Mirren will be the recipient of the Chaplin Award, a prize bestowed yearly by the film society to a figure in the motion pictures arts for their lifetime achievement.  Here is an excerpt from their announcement:

"Academy Award–winning actor Helen Mirren will be honored at the 45th Chaplin Award Gala on Monday, April 30, 2018 at the Film Society of Lincoln Center. A beloved figure of stage, screen, and television, Mirren has bestowed upon the world a series of iconic performances in a career spanning more than fifty years. The annual event will be attended by a host of notable guests and presenters and will include movie and interview clips, culminating in the presentation of the Chaplin Award."
Posted by Vincent Vargas at 5:31 PM